Often mistaken for the same, this is the difference between Siomay and Batagor.

Although dumplings and batagor are served with peanut sauce, the two have some differences. Let's see the following explanation!

Although popular in Bandung and Indonesia, dumplings were not originally Indonesian cuisine. Instead, this food was known as Chinese dim sum and originated in Mongolia. The name siomay comes from shoa mau, which means wheat flour.

To process it so it tastes delicious, the ingredients of wheat flour, chopped shrimp, and meat are mixed with spices. Siomay also uses dumpling skin on the outside to be steamed until cooked. Indeed, this is the hallmark of the difference between dumplings and batagor. Siomay is burned, while batagor is fried.

The serving is usually cut into pieces with the addition of steamed potatoes, steamed cabbage, bitter melon, boiled eggs, or according to taste. The taste is dominantly sweet, savory, and spicy. Indonesian people are increasingly creative in exploring the taste and packaging of dumplings, so they are still liked by many.

Batagor, which stands for meatball tofu fried, is a Bandung specialty, unlike dumplings inspired by Chinese and Mongolian cuisine. Uniquely, batagor was made by accident. There is an opinion that says that batagor was made by sellers of tofu meatballs from Central Java who became immigrants in Bandung.

The ingredients are flour dough with a mixture of fish and minced meat. The dough is wrapped in tofu. How to cook it, batagor is steamed and then fried until the skin is dry. Over time, batagor culinary has also been modified with fried wonton skin.

That's an explanation of the difference between dumplings and batagor. So, which one do you prefer? Or both?

Posting Komentar untuk "Often mistaken for the same, this is the difference between Siomay and Batagor." 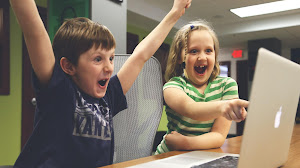 How to Overcome Gadget Addiction in Children and Teenagers

How to Overcome Gadget Addiction in Children and Teenager…